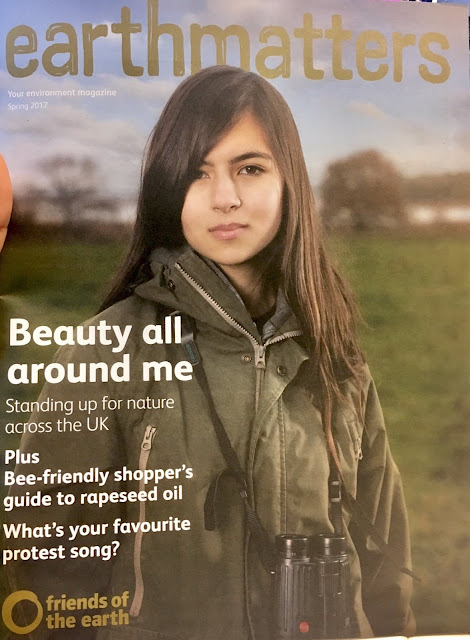 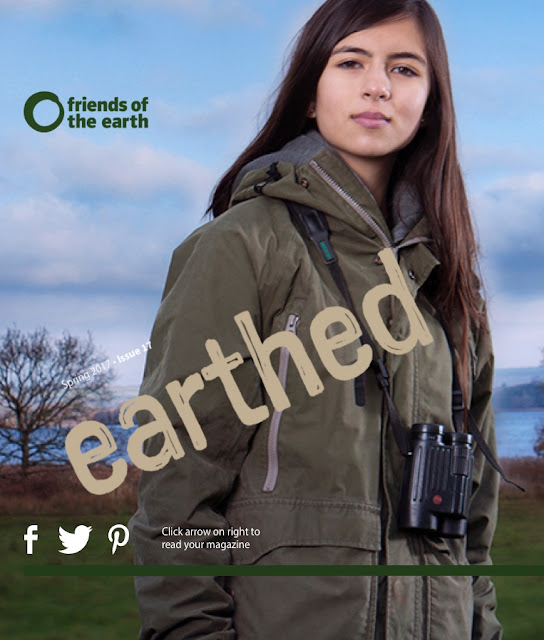 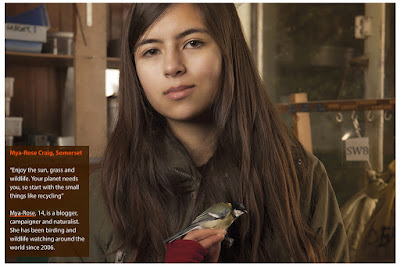 05/01/2017 - Bristol Green Capital Partnership Green Mingle
08/01/2017 - Meeting with John Kennington from Ujima Radio about interviews I had done with BAME elders
09/01/2017 - My interviews from BAME elders aired on Ujima Radio Babbler Show
14/01/2017 - Young Rangers Mendip AONB Young Rangers at Wells and Mendip Museum
13/01/2017 - Avon Wildlife Trust Keynsham Group talk “Born to Bird”
"My mother and I thoroughly enjoyed last Friday evenings talk given by your amazing daughter. You and your husband have given her a golden opportunities and she has grasped them fully with both hands"
23/01/2017 - My interviews from BAME elders aired on Ujima Radio Babbler Show
06/02/2017 - My interview with Ujima Radio Babbler show aired
07/02/2017 - BANES Council Chairmans Community Awards Young Volunteer Leader of the Year nomination
10/02/2017 - Meeting with Paul De Zylva, at Friends of the Earth Offices, London
13/02/2017 - Meeting with Savita Custead of Bristol Festival of Nature at their offices
14/02/2017 - Meeting with Martin Spray, CEO of Wildfowl and Wetlands Trust at Slimbridge
16/02/2017 - Training with Green and Black Ambassadors on using audio editing suite for radio
16/02/2017 - Skype interview with Ed Kellie, award winning Producer with Moondance Studio
17/02/2017 - Young Rangers Mendip AONB Young Rangers Somerset Earth Science Centre
20/02/2017 - Hawk and Owl Trust Bristol Group talk “Born to Bird"
21/02/2017 - Skype interview with Maia Krall Fry TV documentary film-maker
25/02/2017 - Landscape/Change Conference organised by Bath Spa University "Achieving Race Equality in Nature"
Amazing that almost all of the feedback listed me as the highlight of the day
"Really inspiring to hear someone so young galvanising such successful action within her peer group and working to influence the workings of much larger organisations. Mya-Rose is a very clear and eloquent speaker. She kept things simple and accessible. I hope she goes on to inspire many others and I wish her all the best with this important work." Dr Camilla Nelson, poet, researcher, publisher
"Mya-Rose is a really inspirational speaker. The research that went into her presentation was useful and thorough, perfect for communicating with audiences new to considering these complex issues. Her summary of the Race Equality in Nature Conference revealed the many ways in which social injustice is reproduced in engagements with nature, and suggested ways in which people can make positive changes. She also shared the joy she experiences in nature and her love of wildlife, which kept the audience enrapt." Dr Samantha Walton,
Senior Lecturer in English Literature, Bath Spa University
"Mya-Rose Craig is an astonishingly compelling advocate--both for the natural world itself and for the rights of all young people to engage equally with it. Her mission could not be more urgent, or more convincingly conveyed." Dr Sarah Hayden, Lecturer in English Literature at University of Southampton
26/02/2017 - Bristol Multi Faith Forum Diverse Doors - visiting 8 places of worship in a day
14/03/2017 - Meeting with Paul Hillard about Bath and West Show Environmental Youth Award nomination
16/03/2017 - Bristol Ornithological Club giving a talk "Born to Bird", my first talk in Bristol
18/03/2017 - Young Rangers Mendip AONB Young Rangers at Chew Valley Ringing Station, giving a ringing demonstration and taking part in coppicing to create a new mist net line20/03/2017 - Timsbury Nats "Born to Bird Part 2 - Antarctica and Beyond"
22/03/2017 - Interview with Portia Lyons and UWE 3rd year journalism students
23/03/2017 - Interview with Tamara Toothill a UWE 1st year Journalism student.
25/03/2017 - Tedx UWE Conference on "The Power of Perseverance" speaking about "Passion, Priorities and Perseverance"
26/03/2017 - LAMDA acting exam Grade 5 (got a distinction)
29/03/2017 - Telephone interview with Producer Maggie Ayre from BBC Radio Four for "Tweet of the Day"
29/03/2017 - Interview with Elliot Pearce and UWE third year journalism Student
31/03/2017 - Meeting with Stephanie Hillbourne, Chief Executive of The Wildlife Trusts in Newark
05/04/2017 - Recording at BBC Bristol for BBC Radio Four's Tweet of the Day
08/04/2017 - 15/04/2017 - School ski trip to France
17/04/2017 - Avon Wildlife Trust filming for Metropolitan Mayoral Hustings
17/04/2017 - 23/04/2017 - France & Disneyland
24/04/2017 - Keynsham Kindness Day Event - launching their campaign and leading a panel discussion on bullying
25/04/2017 - My videos for the Metro Mayor elections shown at the environmental Hustings
26/04/2017 - Black2Nature meeting with St Mary Redcliffe & Temple Secondary School new Green Team
26/04/2017 - Interview and filming with Emma Hogg a Weston-Super-Mare College first year photography student
30/04/2017 - Running the carpark for the Chew Valley Cider and Cheese Fair and going to see the bands in the evening
03/05/2017 - Further interview with Maia Krell-Fry about filming for a BBC programme about strong girls
06/05/2017 - Sold raffle tickets at a talk by Dr Phil Hammond, Comedian and doctor in Ubley
07/05/2017 - Went to see a band called Seafret at the Thekla in Bristol for my 15th Birthday
08/05/2017 - Bath Spa University talk "Born to Bird" at their Nature and Wellbeing Forum Conference


"Thank you and many thanks to Mya-Rose for the wonderful talk on Monday. I've had the lovely email below from the mother of one of the two little girls, and so many people spoke to me after to convey how phenomenal a speaker Mya-Rose is and how inspirational" Dr Samantha Walton, Lecturer Bath Spa University


"I just wanted to say thank you for allowing Poppy and her friend Florence to attend the talk earlier in the week, they were slightly in awe but really inspired by the event ... and have now both decided that they want to go to both the summer camps and Bath Spa University!! Please, could you pass on my sincere thanks to Mya-Rose (or should I call her 'Birdgirl') and let her know that she is a charming, charismatic and insightful role model for the next generation." Dr Rebecca Feasey, FHEA, Student Interest Manager, Senior Lecturer in Film and Media Communications, Writing, Film and Digital Creativity, Bath Spa University
11/05/2017 - Meeting with Bath and West Show Environmental Youth Award Panel of Judges, about winning the Bristol region prize and giving a presentation for the overall prize
12/05/2017 - Conservation clearance work with Clutton Explorers (Scouts for 14+)

17/05/2017 - Was on BBC Radio Four's famous "Tweet of the Day" talking about seeing a Black-Browed Albatross in Cornwall when I was only 7 years old http://bbc.in/2r3ZYNc
20/05/2017 - Mendip AONB Young Rangers, session on navigation and bushcraft
20/05/2017 - Afternoon planning with Maia Krell-Fry about filming for BBC Four

Mya-Rose Craig is a 14-year-old young British Bangladeshi birder, naturalist, conservationist, environmentalist, activist, writer and speaker. She is based near Bristol and writes the successful Birdgirl Blog, with posts about birding and conservation from around the world. She loved seeing Mountain Gorillas in East Africa and Penguins in Antarctica over Christmas 2015, her 7th continent.

Mya-Rose was a Bristol European Green Capital Ambassador along with Kevin McCloud, Hugh Fearnley-Whittingstall, Tony Juniper, Simon King, Miranda Krestovnikoff and Shaun the Sheep! See the full list of Bristol Ambassadors. She has also been listed with the singer-songwriter George Ezra and actress Maisie Williams from Game of Thrones as one of Bristol's most influential young people. She is an Ambassador for World Shorebirds Day, See It Her Way and a Charter Champion for The Charter for Woods, Trees and People. She organised a conference, Race Equality in Nature, in June 2016 aiming to increase the ethnic diversity in nature and plans to run her third Camp Avalon camp in 2017. She has also set up Black2Nature with the aim of working with organisations to increase the access to nature of Black Asian Minority Ethnic people. Please connect with her on LinkedIn (Mya-Rose Birdgirl Craig) so that she can invite you to join the Race Equality in Nature LinkedIn Group and be part of the change. She has been awarded the Bath and West Show Environmental Youth Award 2017 for Bristol for her Black2Nature work EYA 2017. Please also like her Birdgirl Facebook Page and follow her on Birdgirl Twitter.