Birdgirl’s 10 top tips on how to be a birder

Last year I was interviewed by Ben Hoare, the features editor at BBC Wildlife Magazine, for an article in BBC Countryfile Magazine. I met Ben at Chew Valley Lake at the beautiful Woodford Lodge. We had an amazing time chatting about birds and anything else that came up. We were chatting so much that we ended up being there for a couple of hours. I had loads of fun, really enjoying my first proper interview! So much that I forgot all about the tape recorder.

A few weeks later, I met Oliver Edwards a photographer from Bristol, at the Chew Valley Ringing Station. Oliver took lots of photographs of me at the ringing station and around the lake, which I also really enjoyed. It did not take long for me to get over any slight shyness! He was an amazing photographer and I love having so many cool photographs of me birding and ringing.


Interview with a Young Birder


The interview was published in the September 2014 edition of BBC Countryfile Magazine. In it I explained why I thought birds were cool and why birding is brilliant fun for children and adults to take part in. There was even a mention of my interview on the front page which was amazing. 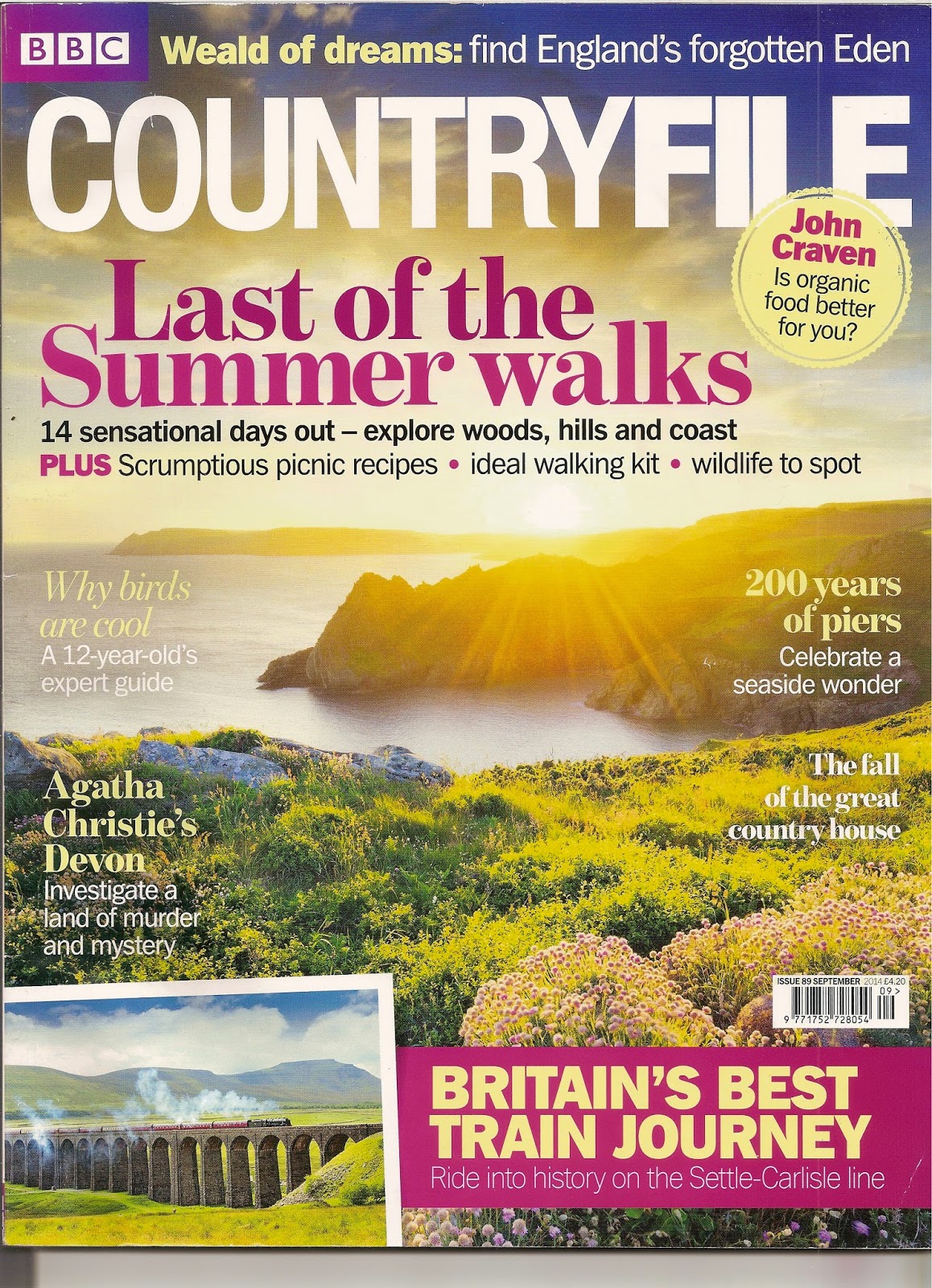 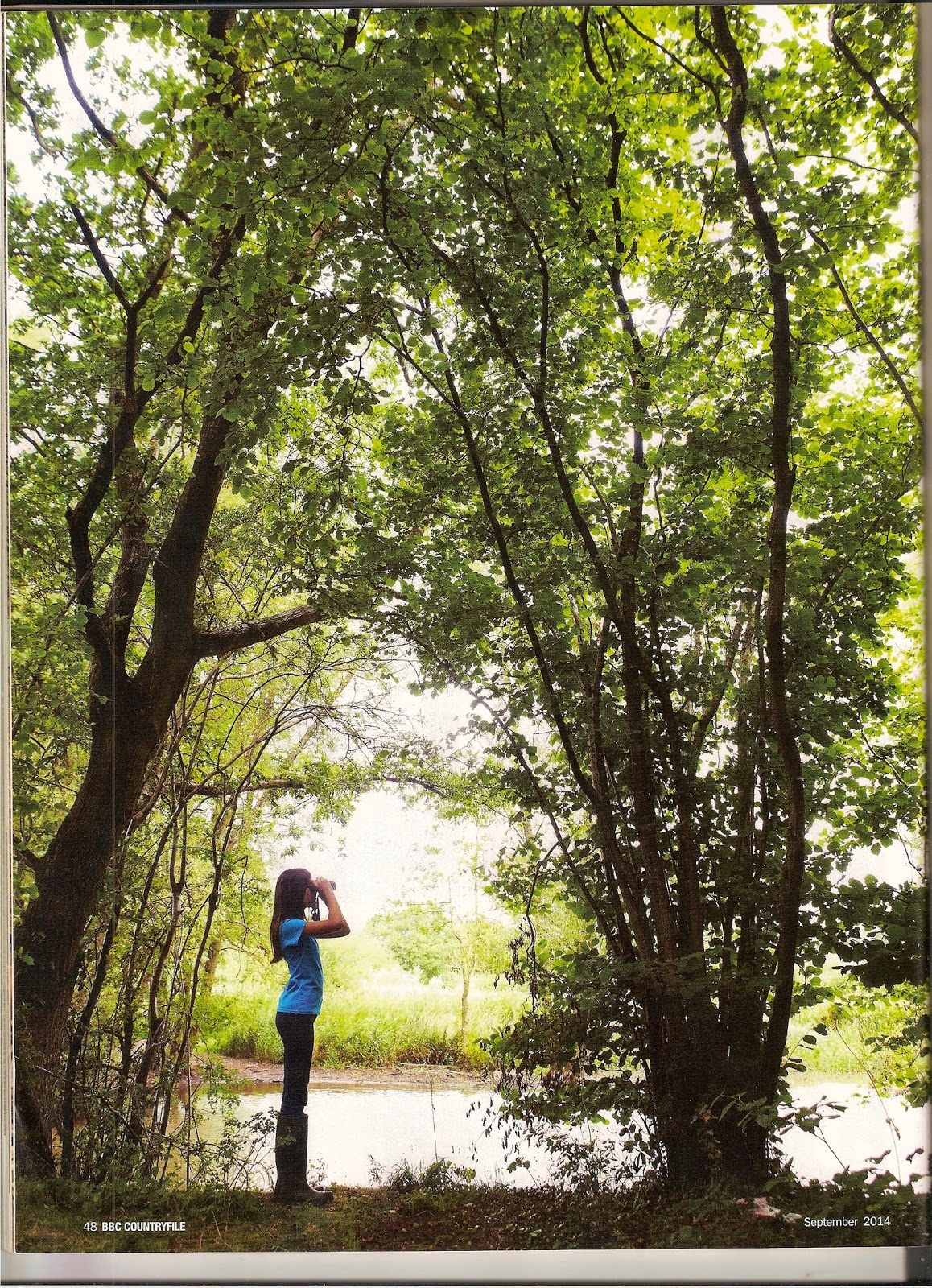 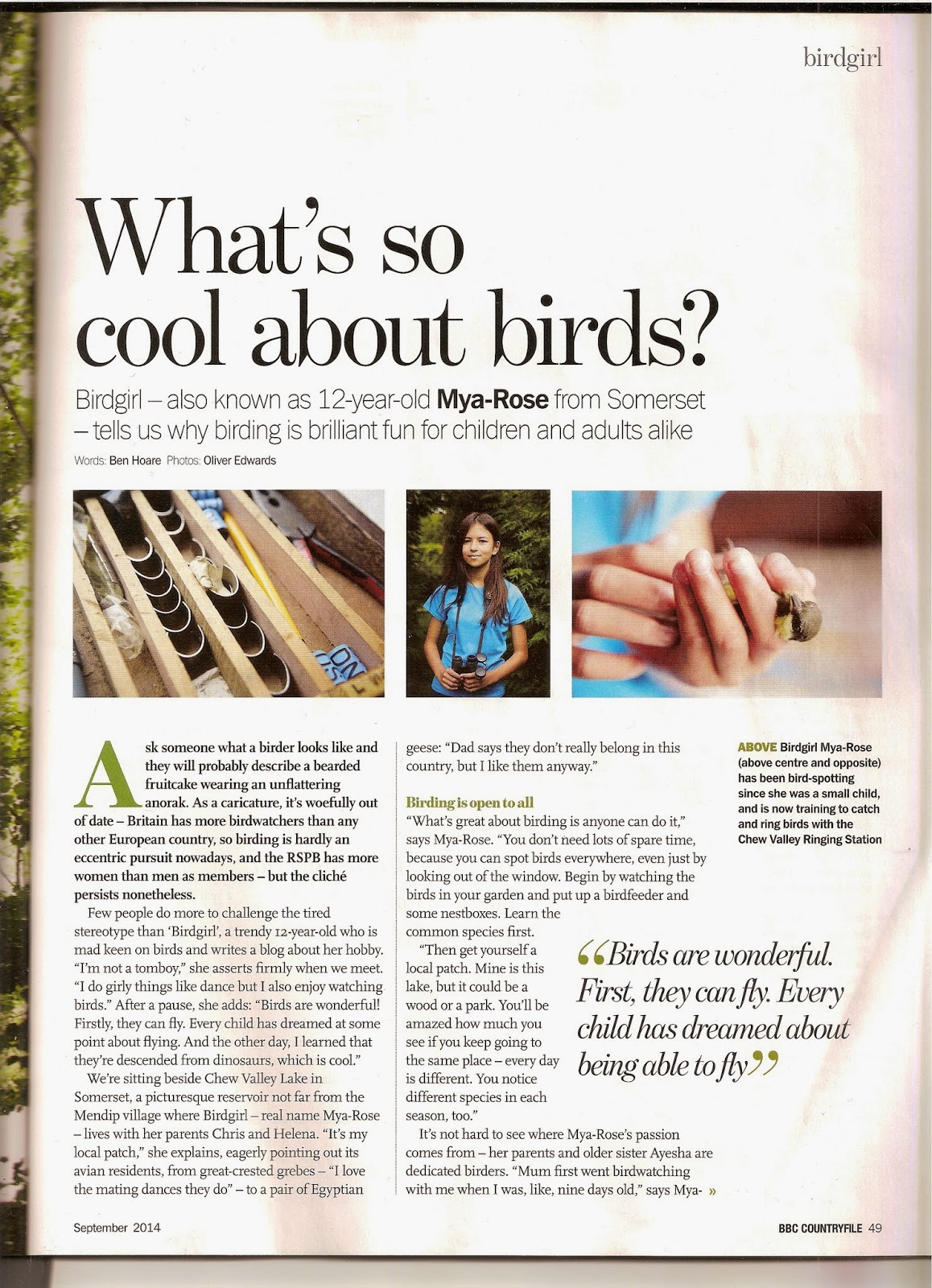 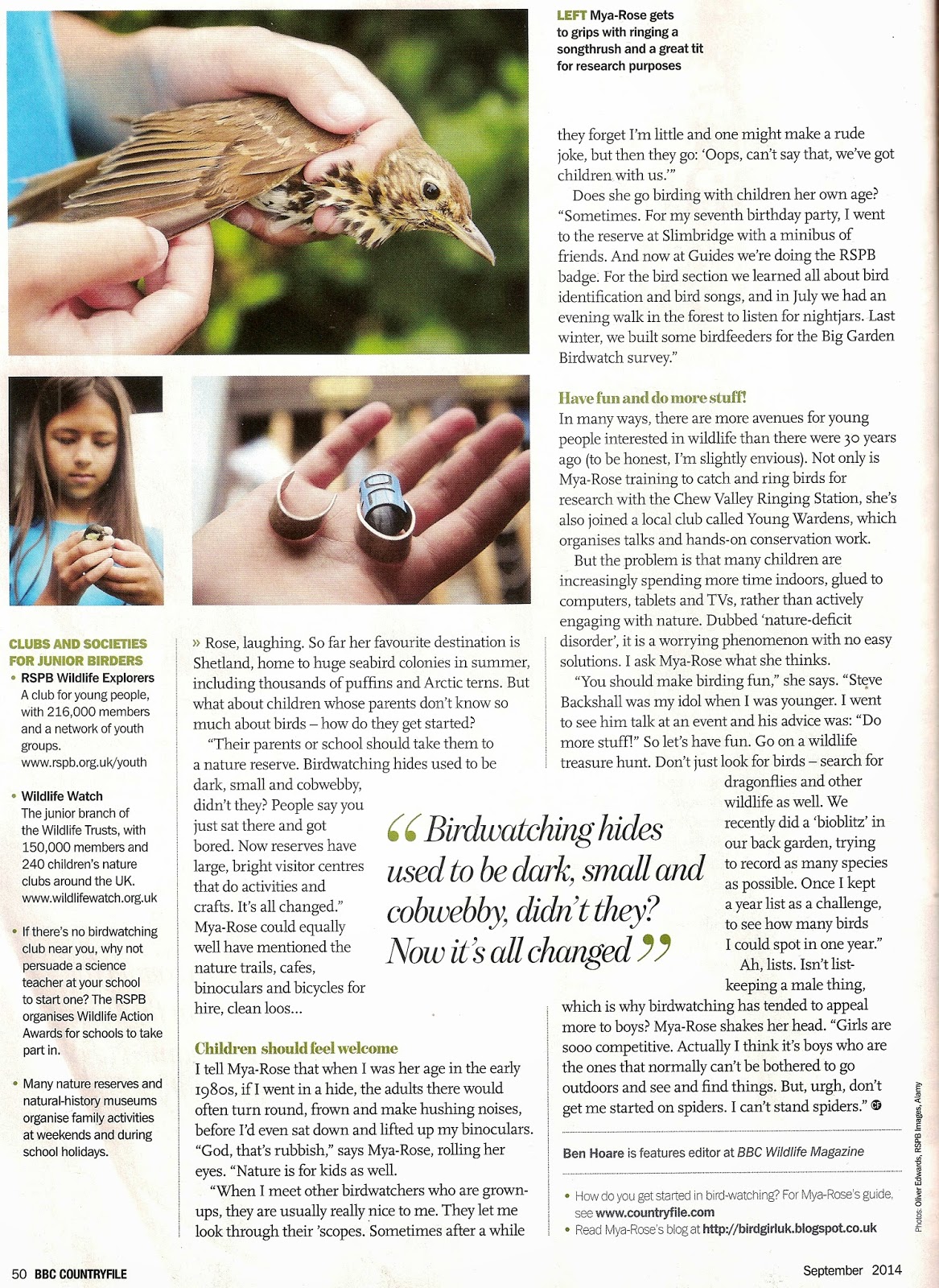 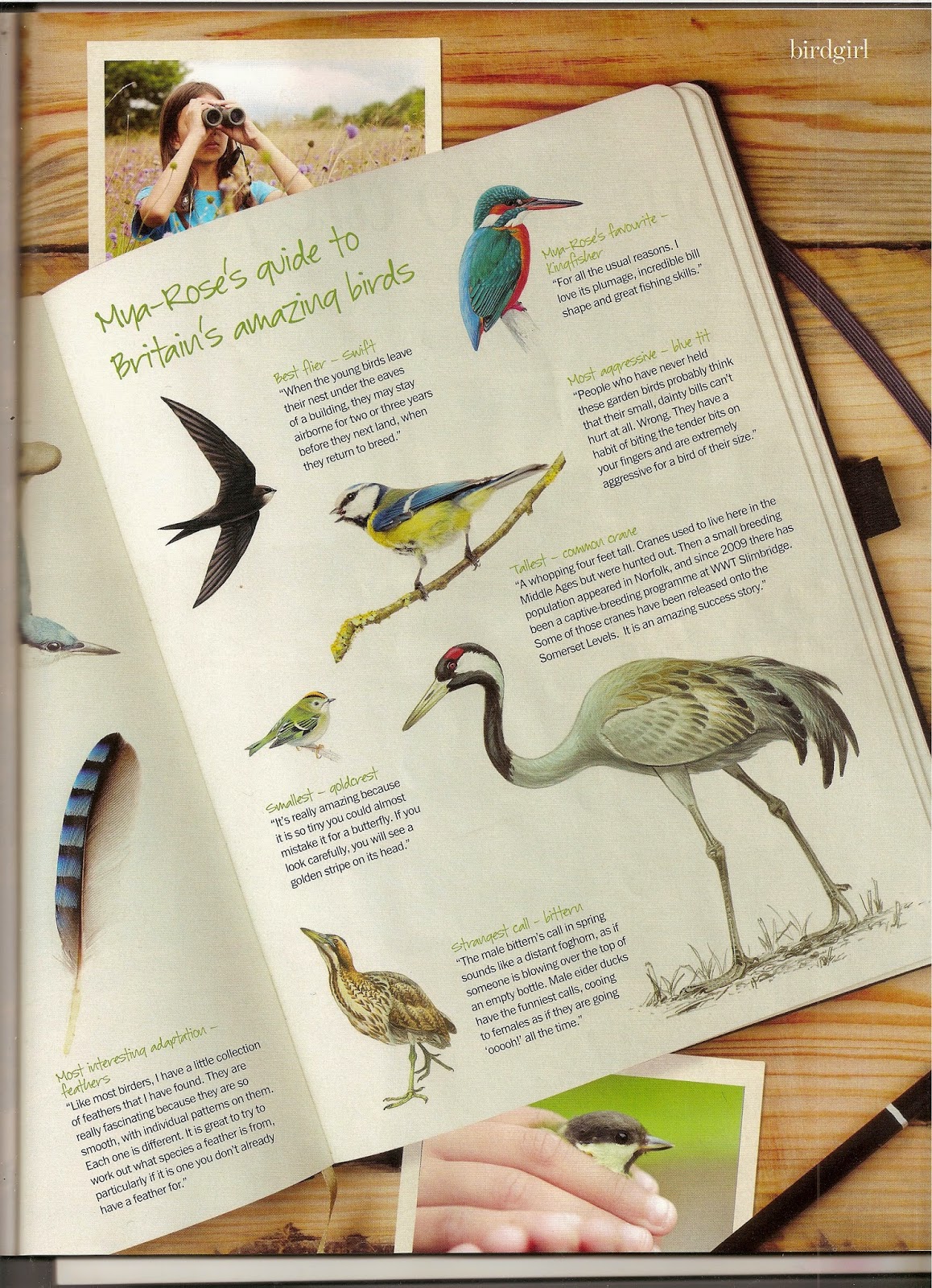 As well as the magazine interview, there was also an on-line article by me, where I shared my top ten tips for bird watching beginners http://bit.ly/1zhu2D8.

Mya-Rose Craig is a 12 year old young birder, conservationist, writer and speaker. She is based near Bristol and writes the successful Birdgirl Blog, with posts about birding and conservation from around the world. She has recently been listed with the singer songwriter George Ezra and actress Maisie Williams from Game of Thrones as one of Bristol's most influential young people. Please like her Birdgirl Facebook Page and follow her on Birdgirl Twitter